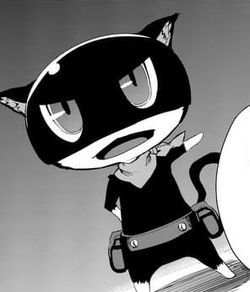 Tiny Spoilers Ahead for Persona 5

Morgana’s observation that ‘cats turning into buses’ is a prevalent thought in the collective unconscious of the people of Japan was a cute nod and clever, concrete illustration of how Mementos works.

My Neighbor Totoro released in 1988 met with success some time later after it aired on TV where it had a huge positive response from viewers. That was nearly 30 years ago. I wouldn’t be surprised to learn that the idea of a catbus is as widespread in Japan as Darth Vader being worst dad ever is in the United States.

I am not going to pretend that everybody in Japan loves anime or Studio Ghibli or that most people there even know about My Neighbor Totoro at this time. After 30 years, there are likely a lot of people who have seen the catbus, but don’t know its origin. I half expected the cast to mention something about Totoro, but it’s very possible that Ann, Ryuji and Joker have never seen it. Still, the idea of a popular media concept having sunk into the unconscious minds of so many people in a given area or culture just feels right.

It’s fun for me to think about what other Mementos structures in the world Persona 5 but look like. Would each country have a singular Mementos or would it change by region? How are those regions defined? As a small island nation, Japan can lend itself to being defined as self-contained. Where as a country like the United States has many regions with many different cultures.

What could you do in the Mementos where you live? What would it look like?

Mine would probably look like a mall… I don’t know. There is one we rarely visit and one we visit more often, so it’d probably be the former.